Yesterday was the official start of Spring, there was a New Moon and there was also a a solar eclipse; unfortunately the clouds came out just in time to obscure everything so I didn't see it! I hear it was pretty cool. 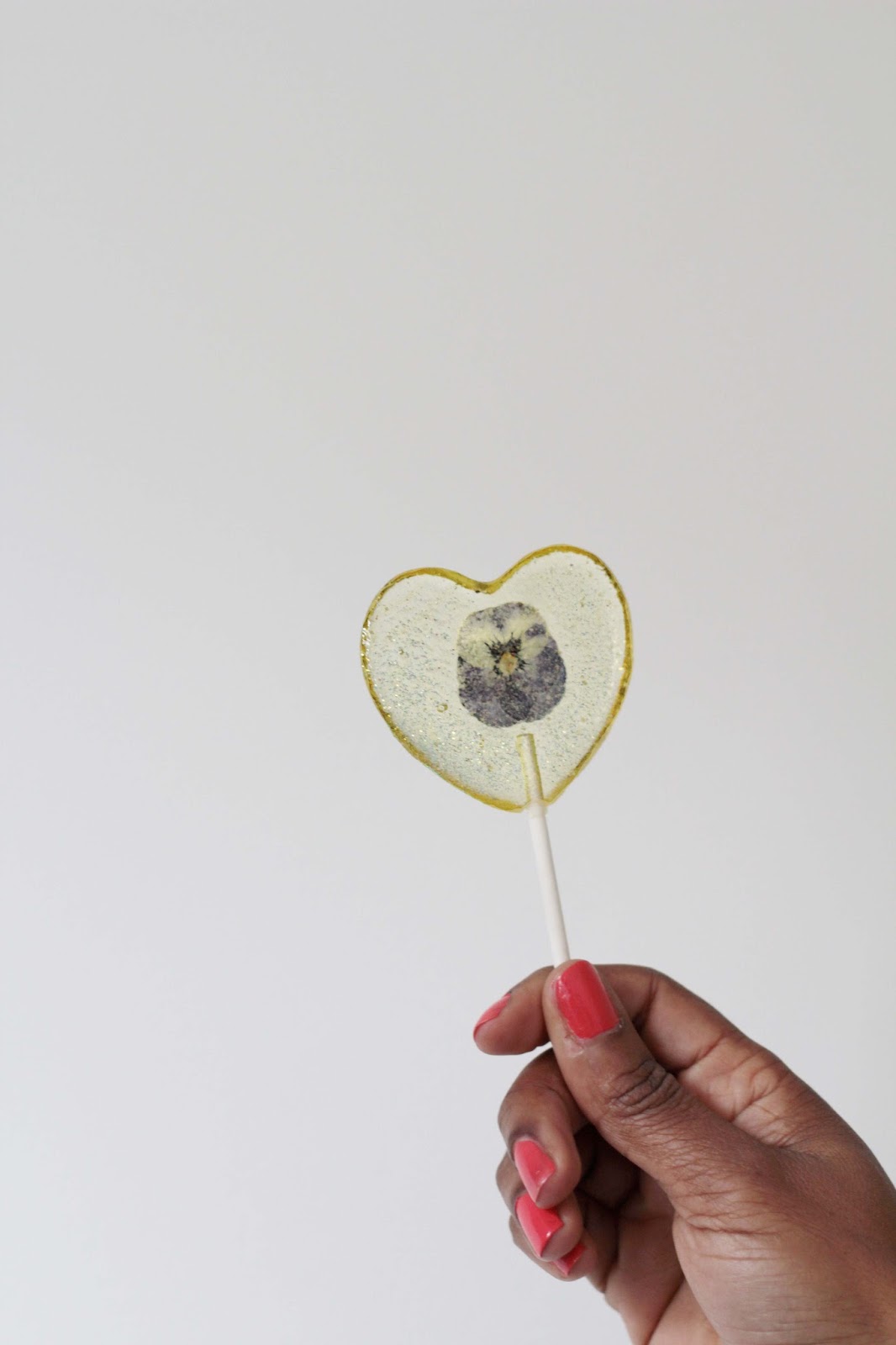 Yesterday was also the day that I did something that I've been talking about doing for the last 5-7 years. I couldn't sleep the night before and when I finally did it I had a sense of relief, happiness, and a sadness for how long it had taken me. 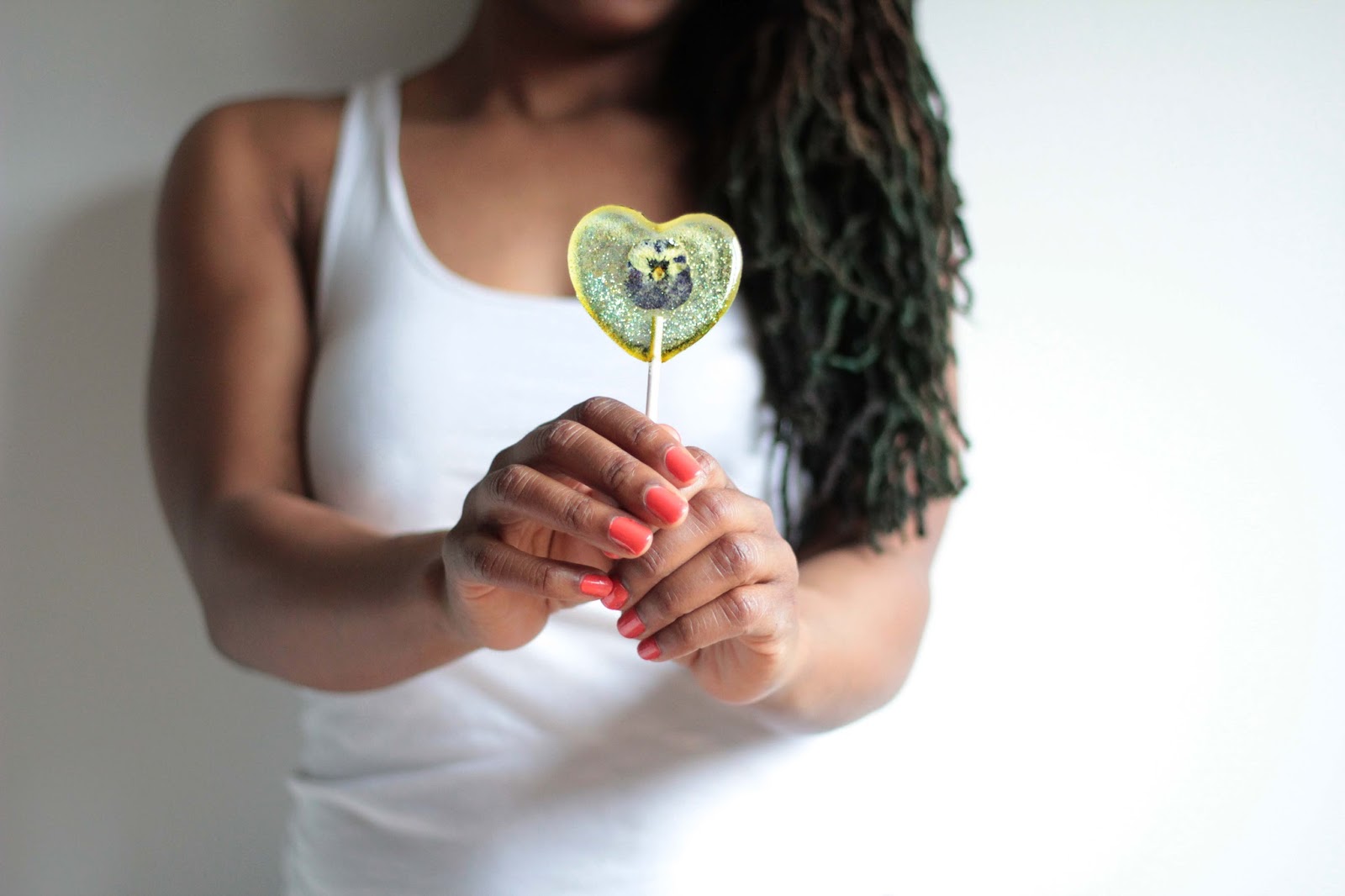 I'm excited about this new phase in my life and the possibilities,so this morning, I woke up and made glitter lollipops with edible flowers (as you do!). 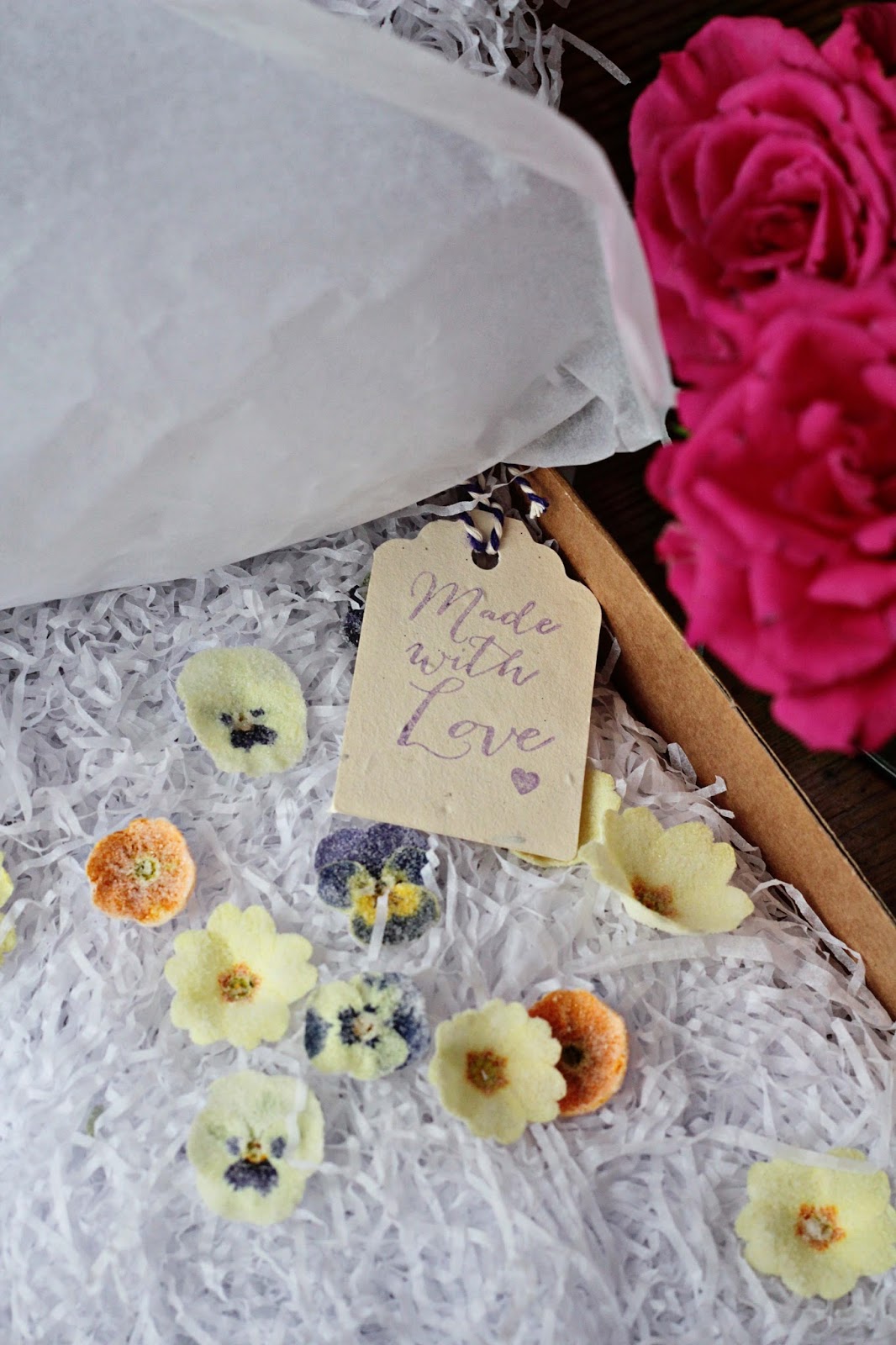 (makes 6 large lollipops in a mould)

250g granulated sugar
1/2 tsp cream of tartar
100ml water
1 tsp strawberry flavouring
6 edible flowers (I got mine from eat my flowers this time but you can use violas, pansies or roses. They can be found at a garden centre or B&Q)
Lollipop moulds
6 lollipop sticks (you may have to cut them in half to fit the moulds)
Sugar thermometer
Edible glitter, for decorating 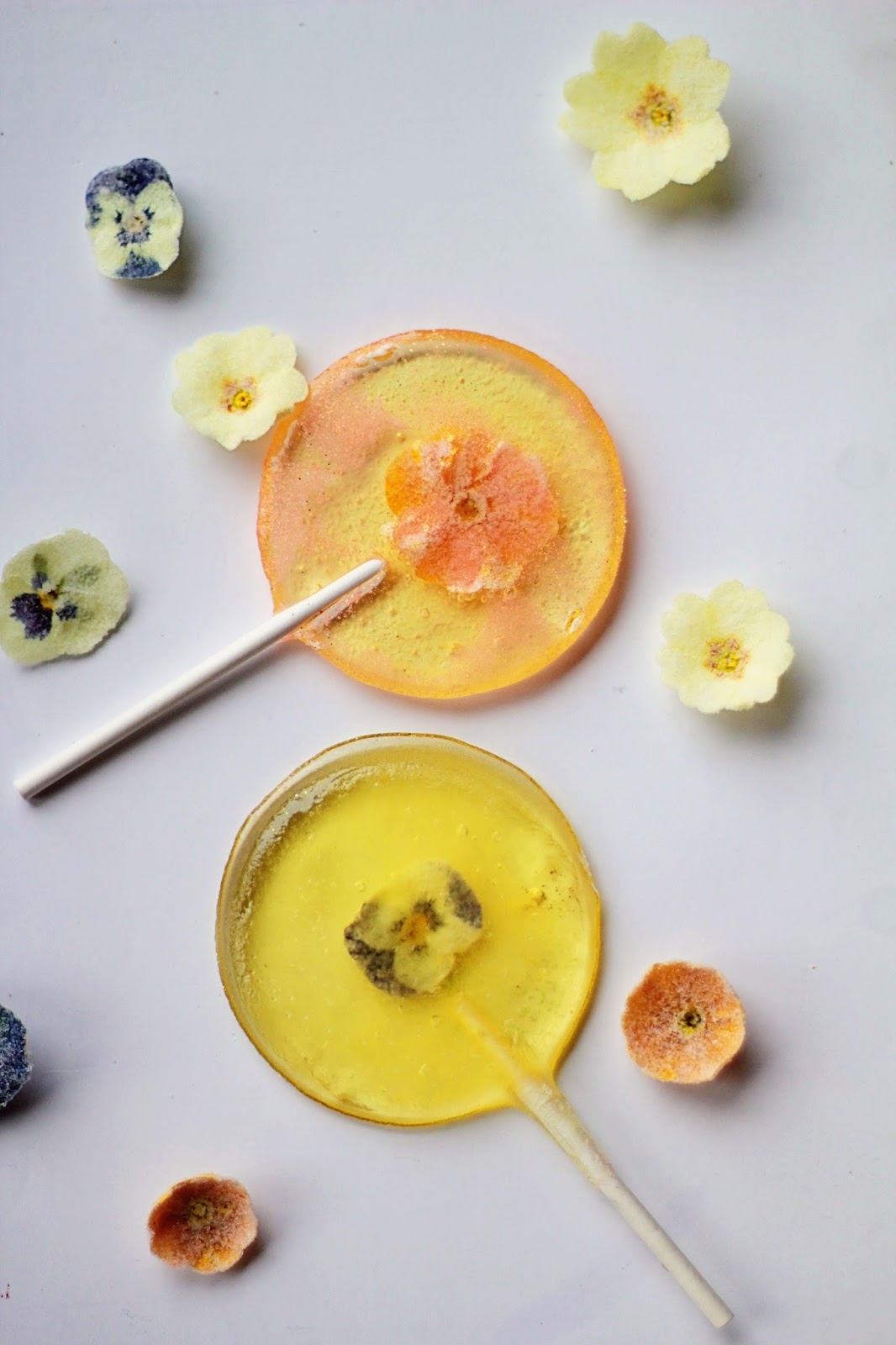 Prepare the moulds by liberally greasing with vegetable oil and then lightly dusting with icing sugar.

Put the sugar and cream of tartar into a saucepan with the water. Gently stir and heat until the sugar has completely melted. Stop stirring & put the sugar thermometer into the pan (if you haven't done so already), and increase the heat, boiling the mixture until it reaches the ‘hard crack’ stage, or a small spoonful dropped into cold water sets hard.  You will  also need to watch it closely so that it doesn't burn or turn into caramel. It will be helpful to have a small cup of cold water nearby to keep testing the mixture.

Remove from heat immediately and swirl in strawberry flavouring. It is best to add the glitter to the warm mixture so that it spreads evenly, rather than once it is in the mould.

One mould at a time, carefully fill to halfway then place a flower in. Fill to the top, covering the flower with the warm mixture and place a lollipop stick in. Leave to cool for approximately 15 minutes until the lollipop comes out of the mould easily!

Clean your utensils and pots by soaking them in warm water. 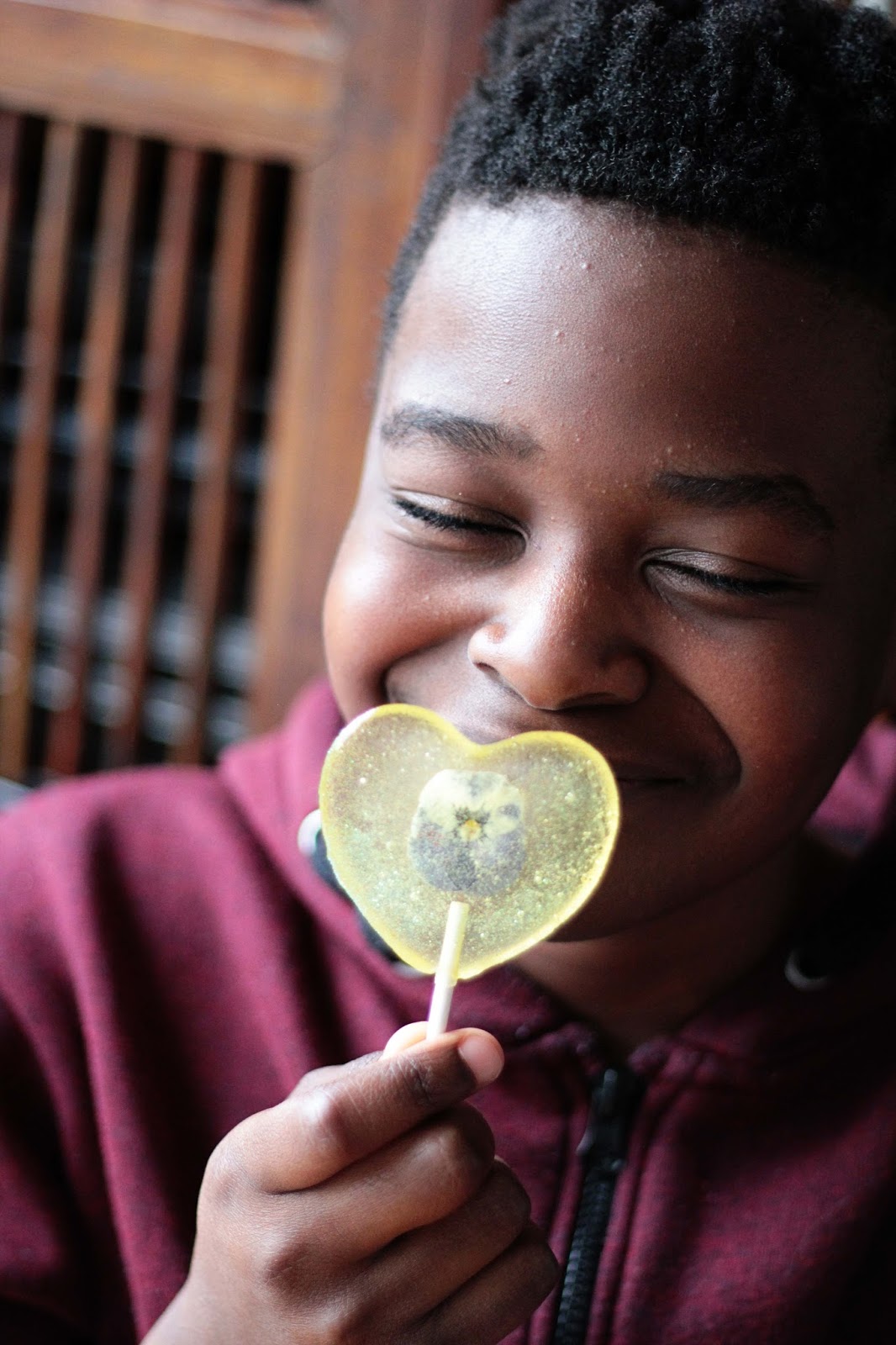 This is relatively easy but you will need to keep an eye on the sugar so that it doesn't burn. You also don't need a mould or the sugar thermometer, but they do make things a little easier! 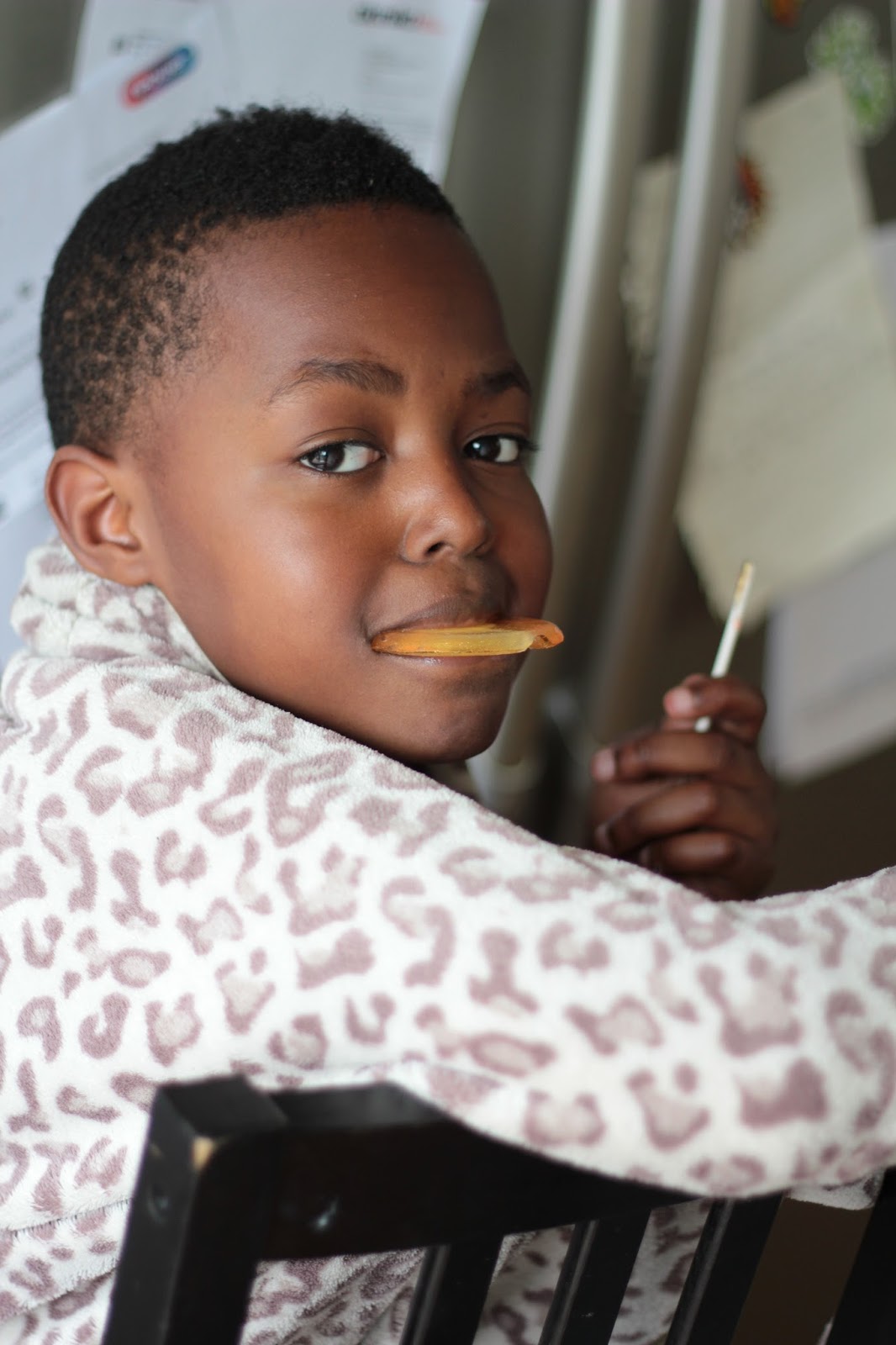