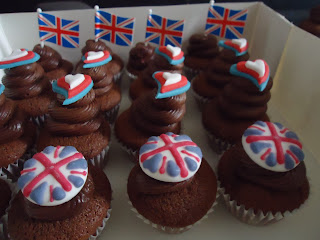 I thought I had peaked too soon with Royal Wedding Fever. I was thinking of hosting a garden party and for weeks, I've been buying various pieces of cupcake paraphernalia (bits) in preparation. Party planning however, is not on my list of 'Things I do well'. I tend to have the idea in my head, not tell anyone about it and then ask tentatively 5 minutes before the 'event' if they can make it, by which time of course everyone already has plans...


However, even without a party, there is always someone to eat cake. Plus it would be a waste not to at least make something, what with a house full of Royal Wedding bits. So feeling slightly dejected, I half-heartedly baked a collection of wedding themed vanilla cupcakes yesterday. 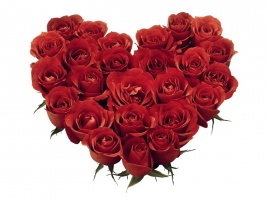 But by the time I saw Kate in her dress today midway through the TV coverage, I was in floods of tears, filled with renewed inspiration. To be fair I am known for crying at pretty much everything: I am the soppiest person I know, fact. 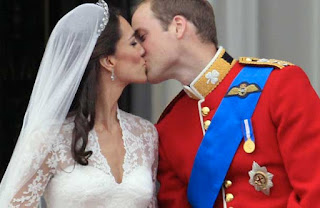 Today the couple looked genuinely in love and excited. And I don't think that Kate and her family were just rubbing their hands together with glee and greed at the thought of being royalty, although I'm sure they weren't sad about it either :).

Vanilla is more traditionally British but Chocolate is the food of love & therefore the only way to go. So inspired by love, I made some Chocolate Orange Mini Cupcakes, topped with Chocolate buttercream sauce and various bought and handmade Royal Wedding bits. 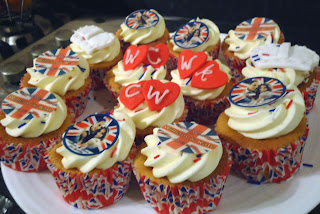 Probably the best Vanilla Sponge Cake in the world...

I will put it out there and tell you that I am not afraid to say when my cake tastes good. It's not that I am big-headed or anything, far from it. The fact is I genuinely feel I have very little to do with how a cake turns out so the praise isn't mine. All props go to the recipe creator, the freshness of the ingredients, the oven and the Lord our God... For real. 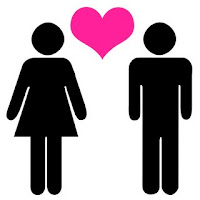 
Girl meets boy, Girl loses boy, Girl gets cute girl back (or is that a Janet Jackson song?) 
A beautiful baby is born and they live happily ever after....


Except it doesn't always happen that way no matter how hard you try. Any number of things can happen between the happy beginning and the happily ever after...

Same thing with cakes, you may follow the recipe to the letter being extra careful (happy beginning); and still the cake tastes horrible, or sinks in the middle or sticks to the pan (not so happily ever after).


So, I literally follow the recipe, add plenty of love & positive vibrations and let Jah Jah do his thing.

So anyhow, this AMAZING creation you see before you is in fact an adaptation of a recipe from the new book by the Hummingbird Bakery, Cake Days. The Raspberry Trifle Cupcake, from whence this sponge came is on page 116 (I think). 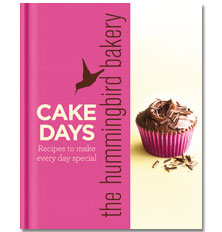 This cake is serious! Super duper tasty. I had to draw for the big guns because my family came over for the annual Easter meal and everyone was like "I'm just looking forward to the cake". My brother even called the day before to let me know that expectations were high now that I am a famous blogger and ting.


I remixed the recipe slightly - did I say I follow recipes??  And I hereby name this creation Victoria Plum Sponge Easter Bashmentation Cake with Strawberries & Cream Yo. 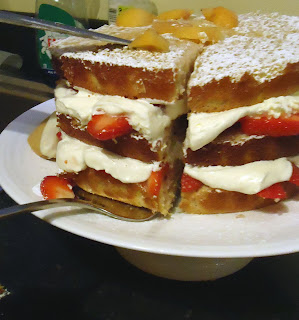 Three layers of the best vanilla sponge in the world, with Seedless Raspberry Jam and Victoria Plum Jam (with bits) plus semi-melted whipped cream, strawberries and plums.

Email ThisBlogThis!Share to TwitterShare to FacebookShare to Pinterest
Links to this post
Labels: Probably the best vanilla sponge cake in the world 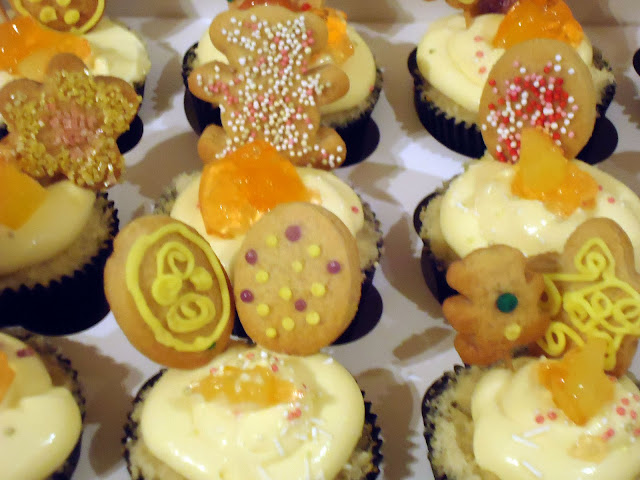 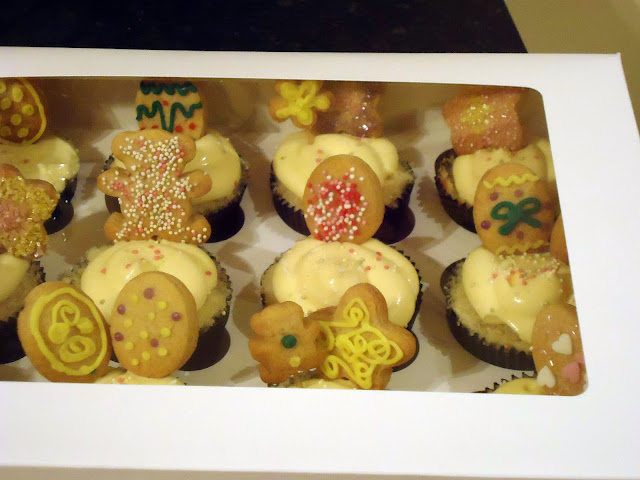 As it is Easter Sunday, I thought it right to take some time to not only honour the season with cupcakes, but to reflect on what it means.


Easter is a celebration of resurrection and new life, of hope and redemption. Things we all need. I pray that as we enter this season, new and wonderful things come to fruition for you. 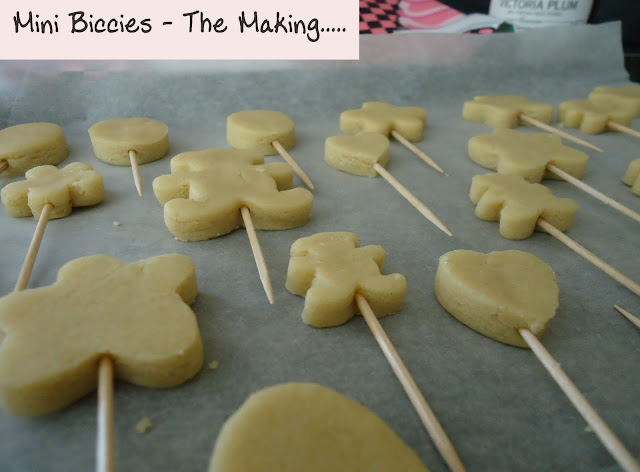 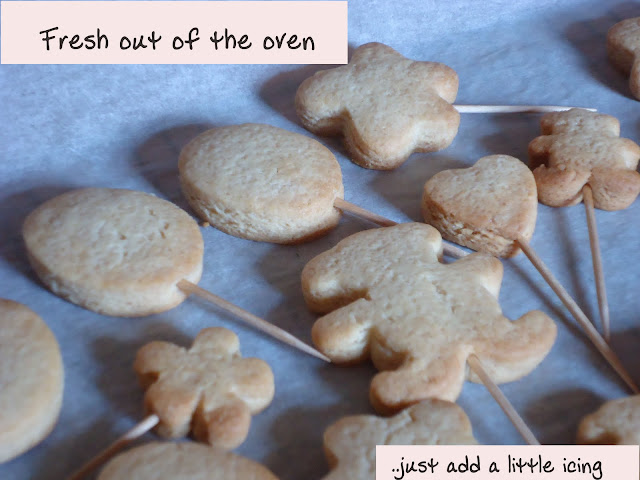 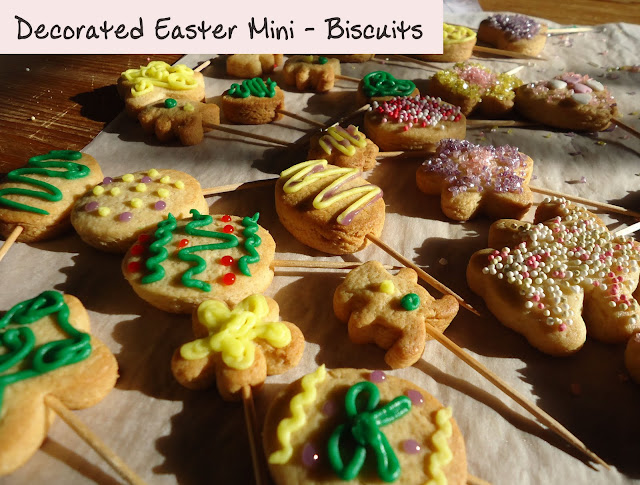 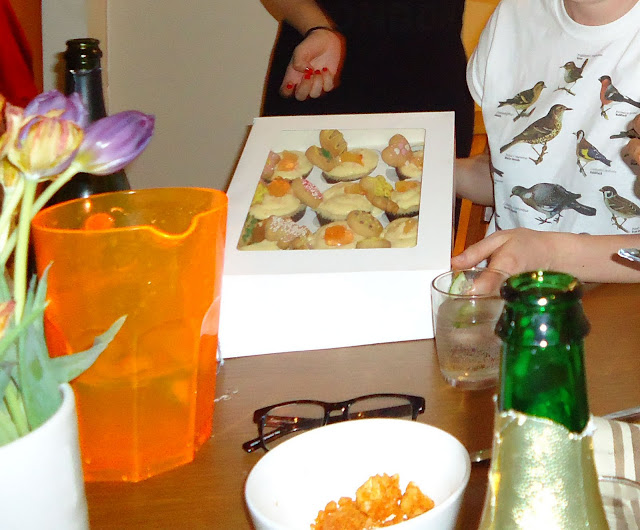 Spring sunshine is here with a vengeance and that means the shades must come out. I've always fancied some designer sunglasses but when it came down to it, I just couldn't justify parting with the money. That said I thought I was being frugal about two weeks ago and bought a really nice pair for £5 from Marks and Spencers... They broke within a week. 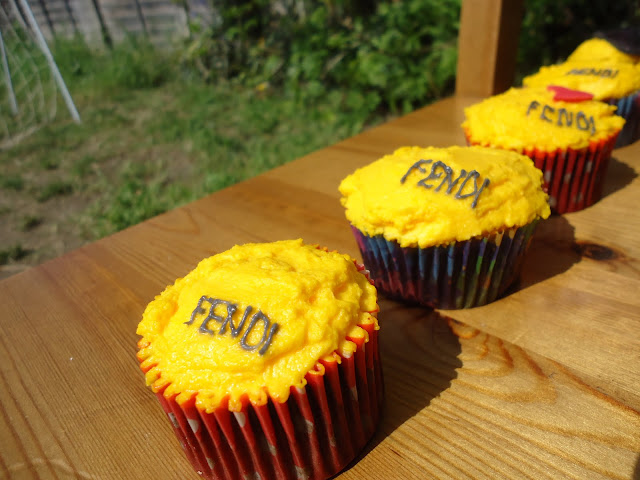 I'd been to the Sunglass Hut at least four different times on my lunch breaks. Every time I've been in there, the same guy has 'served' me. We've ended up having some pretty deep conversations about life & our hopes and dreams whilst I'm trying on different pairs. It's great to talk but I think he was just trying to be friendly in the hope I'd actually buy something one day! 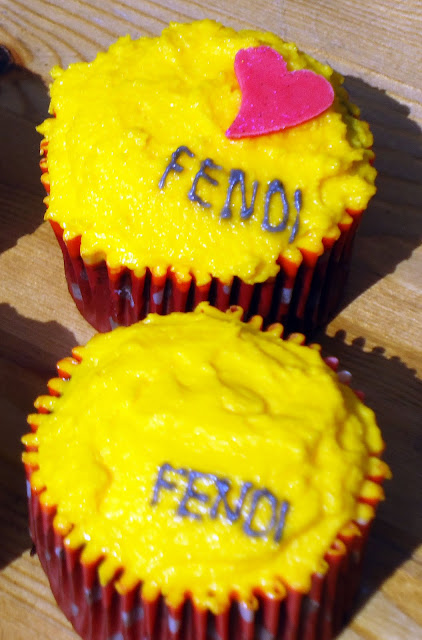 So this time before I went in, I thought I'd look out for him and make sure he wasn't there. I'd feel bad wasting his time when he could be serving paying customers...  I couldn't see him so went in to do my usual browsing, but after like 5 minutes, sales assistant guy comes out from the back! He recognised me (which isn't surprising seeing as we spend so much time together these days!) 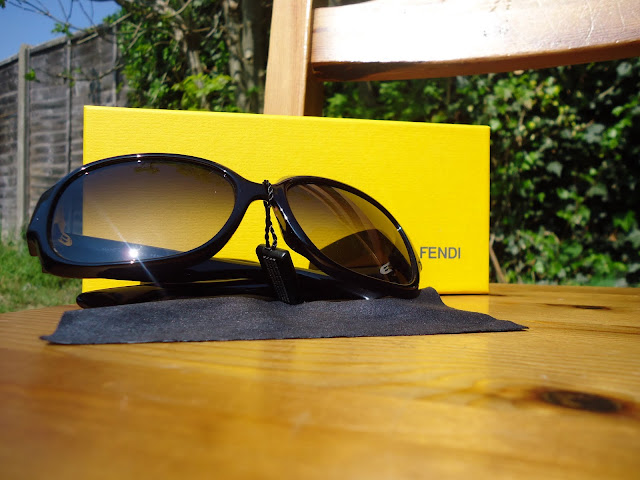 My hands were tied, I had to buy some glasses. If I didn't he would have thought I was stalking him or something!


All the talking paid off though, because I got an amazing deal on the glasses plus the box is gorgeous and deserves to be honoured with cake.


So there you have it, Fendi Yellow Cupcakes are in the house (or garden technically)...


I am pleased to report that no extra money (or undue time) was spent in creating these commemorative cupcakes, I used leftovers and things already in my cupboard, including cupcakes and icing and ting. I am also pleased to report that I am no longer a window shopper. That is all.
Pin It
Posted by Bailey Ana at 02:27 2 comments

If at first you don't succeed, try, try again...

As promised, my attempt to create pretty cookies. There's something very professional about Royal Icing & piping and that has always put me off. But now I am going to embrace it & see where it takes me :)

So I've got my cookies or biscuits which by now have cooled down. I made the Royal Icing about a week ago, covered it and left it in the fridge. When I took it out today, there was a thin film on the top & I debated as to whether to remove it before colouring the icing but figured as it was a test run it's the best time to try the lazy options to see whether it has any impact on the overall quality.

I dug out as many colours as I could find, then realised that I had other things to do so decided on about 8 colours (how many colours do I have???). I use the Sugarpaste colours as I find the food colouring you get in the shops to be pretty rubbish. Actually, they are OK for colours like yellow & pink but for anything else it's not great.

I repeated this process for all of the colours that I used. I must say when you want to get dark colours like red & black it can take ages. With red you end up with various shades of pink, and in fact I would go as far to say that it's not worth buying pink colouring at all as you go through all the shades when you use red colouring. With the black you end up with grey so you really have to persevere. I don't always have the patience & I'm usually trying to squeeze my baking into ridiculous timeframes so wherever I can (like for Sugarpaste or Flower Paste icing) I buy the black or red icing already coloured.
Below is an example of what I mean

You get my point!
To make the icing I used a standard recipe, I think 900g icing sugar & 4 egg whites.
I am an equipment fiend/addict. In the same way some people are into the latest electronic gadgets or clothes and shoes, I like kitchen equipment and cleaning products. It's really sad I know but what can I say? To assist on my adventure I picked up this cookie decorator set from Gill Wing in Islington, London by Kuhn Rikon. 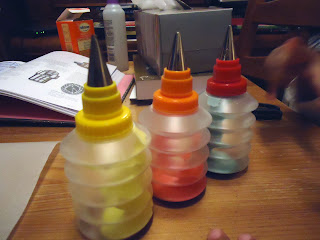 As you can see I was trying to be economical with the icing and barely put any in the bottles... Big mistake. It made the icing process a nightmare as it all got trapped inside the grooves so I couldn't get a smooth line. If you want to pipe a small amount of icing, use a small piping bag.
I used piping bags for the flooding icing and the squeezy tubes for the line icing. Ideally it should have been the other way around.
Another tip is to use smooth fresh icing NOT last week's leftovers! 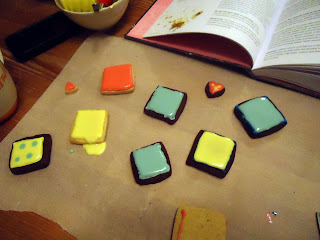 Overall that was not bad for a first attempt but I'm no Biscuiteer  (not yet anyway ).
Pin It
Posted by Bailey Ana at 14:35 0 comments