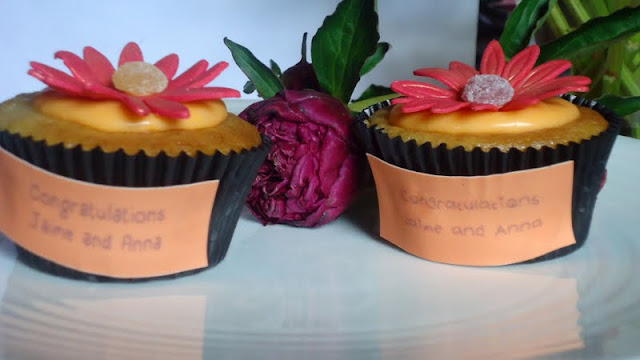 This weekend was the wedding celebration for two of my friends who are vegans. It was a lovely intimate and informal affair in their beautiful garden, and the guests were asked to bring a dish along. 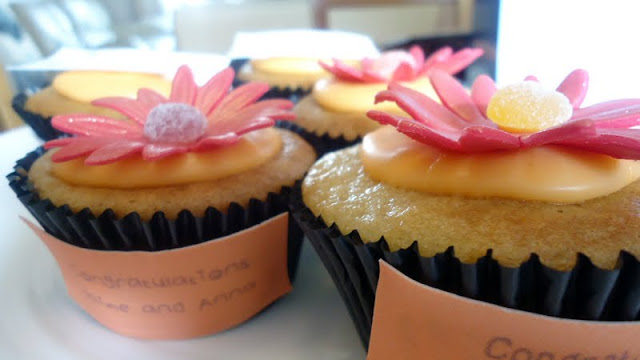 I spent last week trying out various vegan cupcake recipes with my tasting committee at work and even posted a blog about it, but, for some reason Blogger has deleted my post. 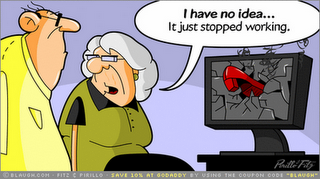 I will do another vegan cake post in the future but I'm still a bit wounded by the fact that hours of work has just disappeared.... 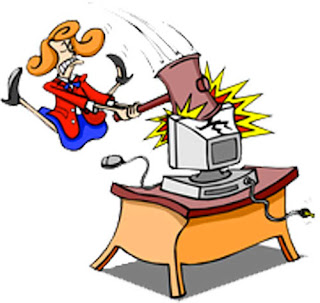 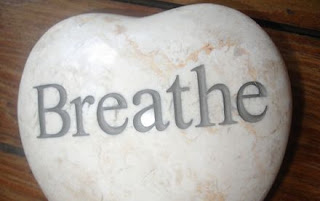 Right, I'm back. Without writing the entire post again, I will say that I settled on the basic vanilla cupcake recipe in a book called 'Vegan Cupcakes Take Over the World" by Isa Chandra Moskowitz and Terry Hope Romero. 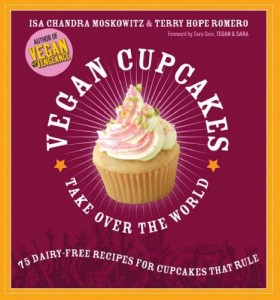 Initially I wasn't bowled over by the cake as although it had a great texture, I thought it had an unpleasant aftertaste. One of my tasting committee members (thank you Sarah) suggested I add a filling to combat that. With a few tweaks on the ingredients and a choice of a Victoria Plum Jam or Raspberry Jam centre the cakes came out quite nicely. 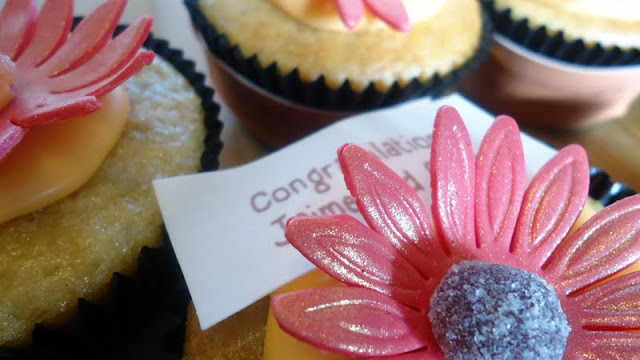 To be honest I was surprised as I am a bit skeptical. I would go as far to say that I will bake them again just because they tasted so good! 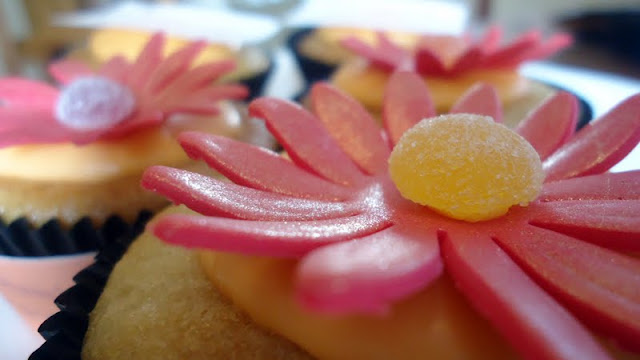 I made some Gerbera flowers as toppers. As it turns out sugar flower paste has egg in it so after all of my efforts some of the cakes weren't 100% legit. I didn't realise that until it was too late - vegan cooking is really challenging!

I did try and compensate by using icing sheets which are gluten and dairy free as some of the toppers so it wasn't a complete flop. 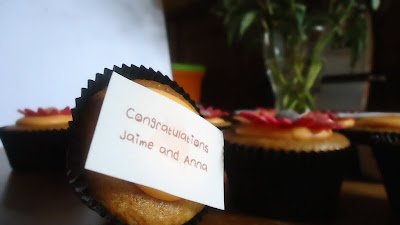 Overall, a success. Vegan cupcakes can be genuinely tasty, who'd have thought?? 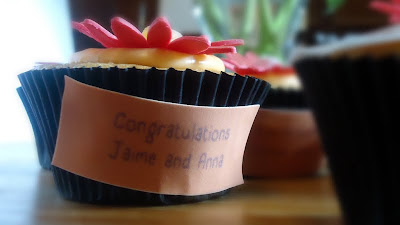