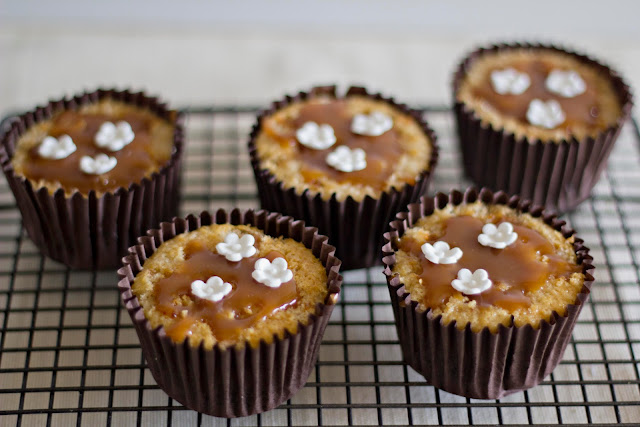 Recently I've been lucky enough to get involved in some cool projects, one of which involves providing some cakies for the opening night of Pick Me Up, a contemporary graphic art fair, in conjunction with Puck Studios at Somerset House. 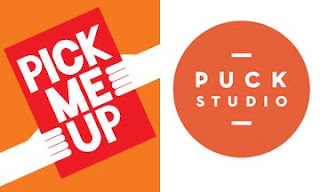 They asked me to design apple style goodies for their visitors and I had fun coming up with this cupcake. It has stewed apple at the bottom, a cinnamon cupcake base and is topped with a drizzle of homemade caramel sauce.


I've included the recipes for the cupcake and the apple filling below. You can get the recipe for the caramel sauce over at Off The Deep End click here for the link... 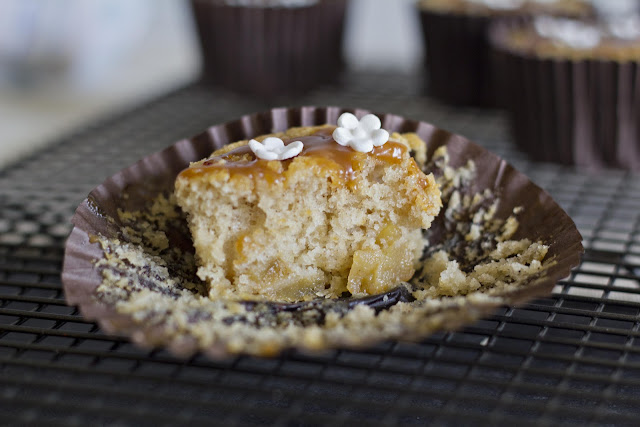 1. First prepare the apple filling. Mix all of the ingredients together carefully, making sure that the apple is completely covered with the sugar but does not get damaged in the process. Put all of the ingredients into a saucepan and cook over a low to medium heat until the fruit has softened. Leave to cool.
2. Preheat the oven to 170°C (325°F) Gas 3 and line 2 muffin trays with cupcake cases. Once the apple mixture has cooled slightly place between 1-2 teaspoons of the softened apple mixture into the bottom of the cupcake case according to how much apple you'd like at the bottom
3. Put the flour, sugar, baking powder, cinnamon, salt and butter together in a large bowl or food processor and mix until everything is combined and you get a sandy consistency. Gradually pour in half the milk and beat until the milk is just incorporated.
4. Whisk the egg, vanilla extract and remaining milk together in a separate bowl for a few seconds, then pour into the flour mixture and continue beating until just incorporated (scrape any stray ingredients from the side of the bowl with a rubber spatula). Continue mixing for a couple more minutes until the mixture is smooth. Do not overmix.
5. Top up the cupcake cases with the cake mixture until two-thirds full and bake in the preheated oven for 20–25 minutes, or until light golden and the sponge bounces back when touched.
A skewer inserted in the centre should come out clean but remember that bits of apple will be at the bottom and may stick to the skewer. Leave the cupcakes to cool slightly in the tray before turning out onto a wire cooling rack to cool completely.

These cupcakes are actually delicious just as they are but a little caramel never hurt anyone!

Email ThisBlogThis!Share to TwitterShare to FacebookShare to Pinterest
Labels: Cinnamon and Apple Cupcakes, Homemade Caramel, Pick Me Up, Puck Studio