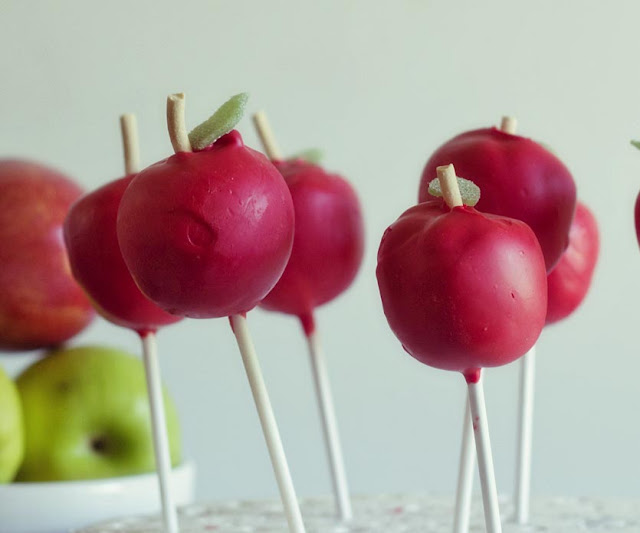 Dialect to steal (apples) from an orchard or garden 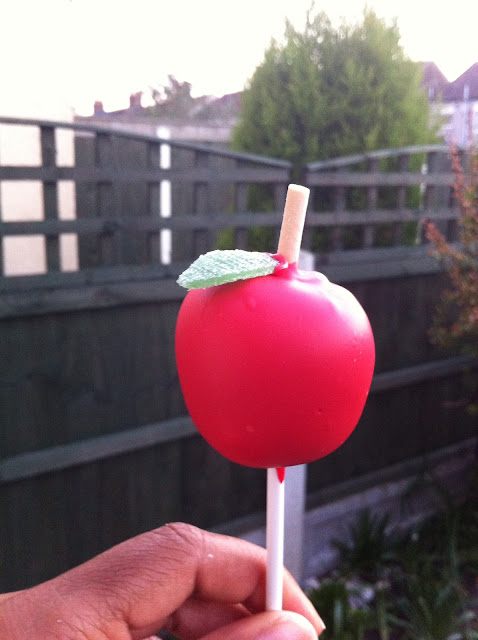 Last week I mentioned that I was going to be helping out Puck Studio at Pick Me Up 2012. Aside from the Apple and Cinnamon Cupcakes, I also made some Apple Cake Pops to give out on the opening night. I'd been scouring sweet shops trying to find the perfect thing to make the stalks and the leaves. In the end I settled on using apple flavoured Sour Belts for the leaves and cola flavoured Spogz Lizards Tails for the stalks. (If you want to know how to make cake pops, check out my how-to picture post here.) 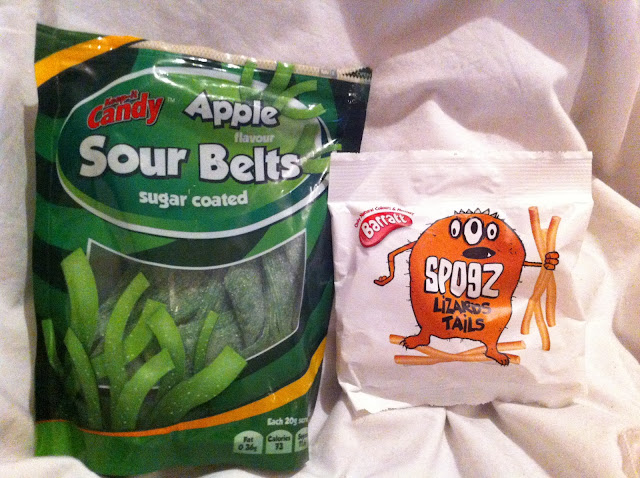 Puck Studio are curating an eclectic mix of artists from the South West of England, focusing on illustration. They built a giant tree like structure and used green balloons to represent the leaves. There were prints hanging off special orange balloons that you can take and use to indicate which of the prints you wanted to buy or just to have as a keepsake (limited availability).

I thought it would be cool to make some realistic looking apple cake pops to add to the mix. Some even managed to get attached to the tree, although I'm not sure how long they lasted before they fell off!

The whole exhibition is amazing with loads of cool art and is running until the 1st April 2012 at Somerset House, London. If you can, definitely get down there before it ends!

Below are some more pictures from the day.


Thanks to Puck Studio for inviting me down!