I grew up when apartheid was alive and well. My mum was a civil rights activist here in London & I was well versed on racial inequality, both in my home town and across the world. The picture below reminds me of my childhood. We had a poster up in the house of it with the caption "The child is not dead". 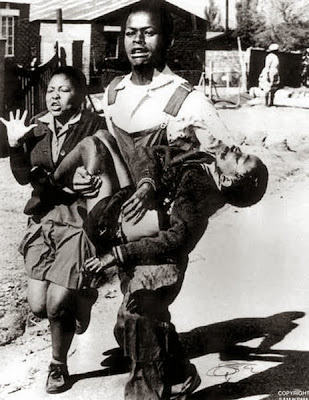 I had a deep distrust of white people. It was us & them. Most of all though, I hated South Africa with a passion. I went to a virtually all white school and some girls would talk lovingly about holidaying in South Africa, and all I could think about is how I would be treated if I went there. Then in the last term of my last year, a white South African girl joined the school. I wanted to hate her before I even met her. I expected her to think she was superior to me and to treat me badly but she seemed normal, nervous and vulnerable just like anyone else. She came to school just hoping to make friends and be accepted.

That brief interaction and my time at school was just the beginning. White and asian people  stood side by side with blacks to fight for freedom. It taught me that people are individuals. It taught me that anger and hate and violence don't bring lasting change. That fear doesn't breed peace. And that division is exhausting. 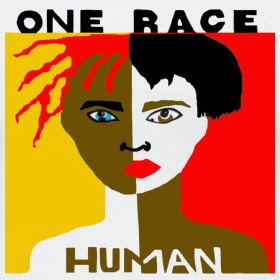 I learnt that what really brings happiness is love, understanding and the dignity of the individual. And that isn't just some tired cliche. It's the truth. It's true for world peace & it's true for your friendships. It's true for equal rights and it's true for your lover or your spouse or your parents. And it's hard. It's staring into the face of the man that has wronged you and truly forgiving even as you still carry the scars from their actions. It isn't turning the other cheek and spending your life under oppression. It's being yourself and loving others as they are themselves. 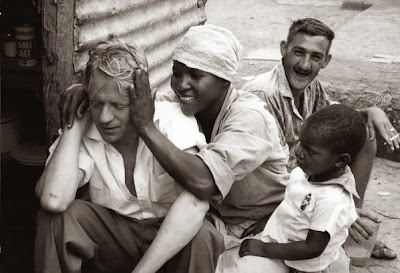 Therein lies the legacy that Mandela leaves. The power of forgiveness. The immense display of strength required to unify a nation. Of course, South Africa is no utopia, but to be able to sew, if only a delicate thread of peace at such a time is all that can be asked of one man. It is up to us now to carry it on. 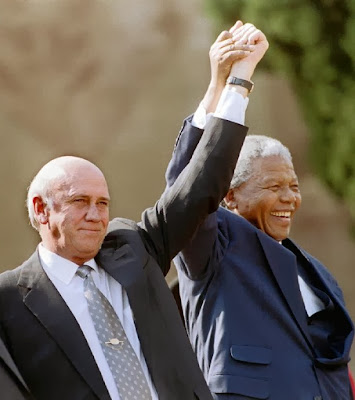 There are so many more things about Mandela that astound me. He had a long life. That in itself is incredible. He managed to enjoy family life. It may have been third time lucky with his wife, but as a man of the people, he still was able to enjoy time with his family. I have met a few people that have met him personally and everyone has something positive to say, that they felt he gave to them in some way.

The story of South Africa and Mandela in particular has a personal connection to me and my family as I was married to a man of South African heritage. My 9 year-old son cried with the rest of the world as we mourned his death. He said "it makes me sad because of all of the things he did for us".

I don't think that his death has left a hole in the world because it was his time to go. What I feel now is the burden to contribute, to stand up and be counted.