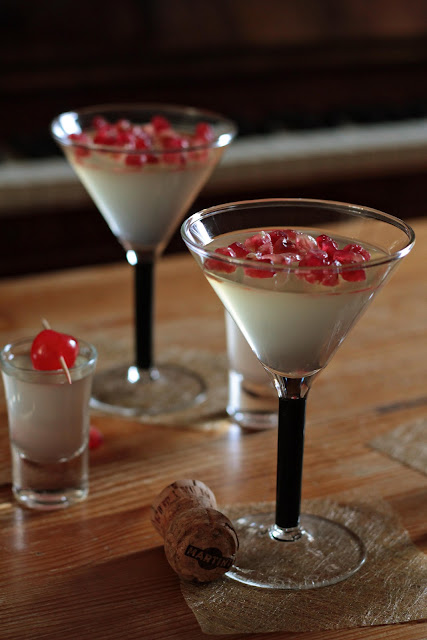 Today is my first drink type post & I have been dying to try the Prosecco and Pomegranate Jelly from Nigella Lawson's Christmas Book that I stole from my sister! 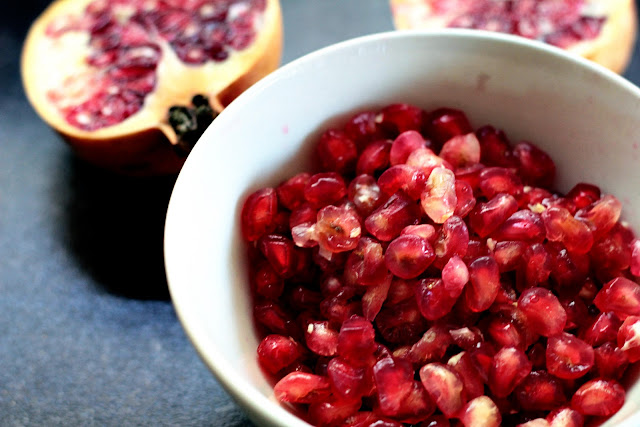 There's something so regal and enchanting about pomegranates, I can sit there for ages picking the seeds one by one and as Prosecco is one of my favourite alcoholic beverages, this dessert is a match made in heaven. 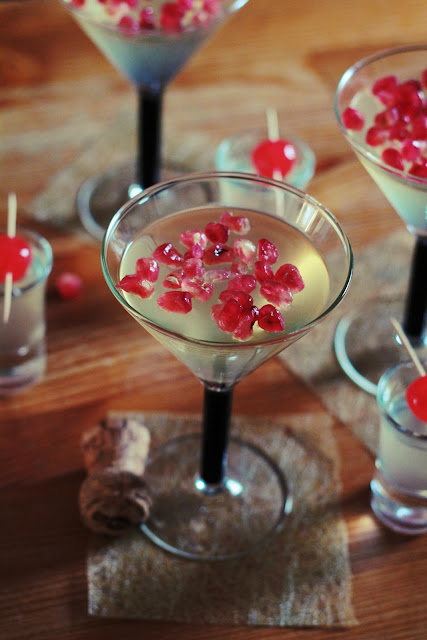 To get the recipe click on this link which has taken the recipe from the book verbatim. I halved it and used 5 gelatin leaves as I wanted it to be set a bit firmer. I also used glasses rather than a jelly mould, mainly because I don't have a mould but also these glasses are way cuter. They were an early Christmas gift from my sister & I love them! 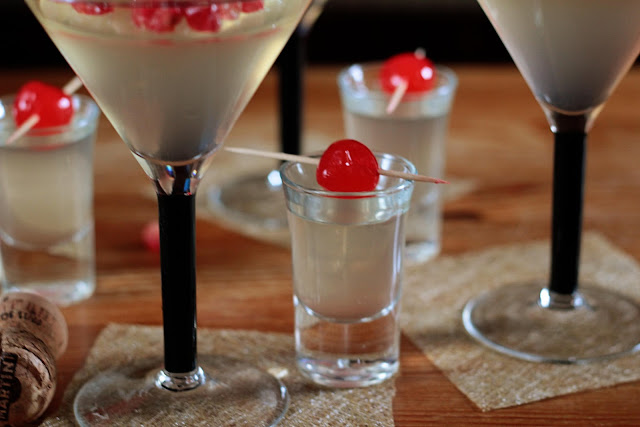 Another variation is to use shot glasses and top with Maraschino Cherries, I thought they looked pretty nice too. 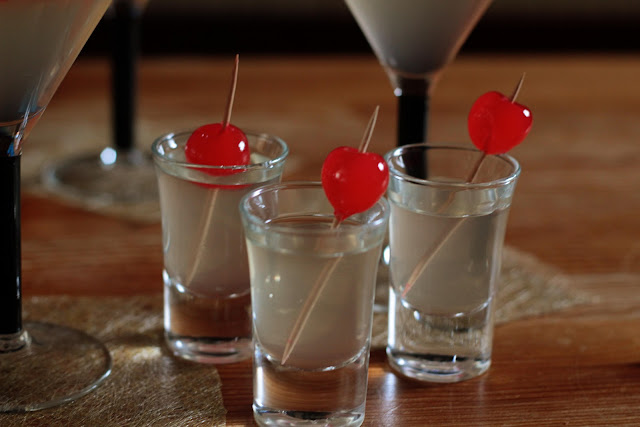 As an update, most Christmas presents have been purchased, all that's left are the homemade ones which need to be done as close as possible to the time... Such joy!